Move Towards the Playable NFTs: An Analysis on the LAND of GameFi

In traditional games, defence and plunder are the fundamental mechanisms that players interact with land resource, integrating into the 4X Strategy game with eXplore, eXpand, eXploit, and eXterminate as distinguishing features. Although the LAND in GameFi project haven’t been thoroughly involved with gameplay on account of its financial attribute, the utility of LAND is derived from exhibition to binding with the APR of staking, and then engages players to contribute to the community.

This article will briefly review the utility evolution of LAND NFTs and analyze the mechanism design on both playable and profit-driven GameFi projects.

Initially, LAND was sold in sandbox games such as Sandbox and Decentraland, that give the player a great degree of creativity and strongly relates to the core feature of Metaverse, emphasizing sociality and user content generation (UGC). In sandbox games, LAND is used to display swanky and rare commodities or build a set of installation to interact with, which facilitates artistic players selling crafts in the second market. The value of LAND changes depending on adjoining business district thus many LANDs is occupied for advertising or building theme parks in the future. Though the LAND as a static asset with limited interactive functions doesn’t affect the game experience, players in sandbox games concern more about the sense of identity and social activity, hence the username transaction in Decentraland boomed.

However, even if sandbox games based on UGC cultivate a stable user base and promote the secondary market trading, the gameplay only mastered by a spot of players as a creative tool that is not an entertainment with a wider range of audience. Additionally, such games aim to create a harmonious environment and Sandbox impose restriction on players jointing, encouraging the participation of individual artists to a certain extent, but it restrictes the development of guild economy. Therefore, landowners can't benefit more than the appreciation of lAND and token, lacking of direct incentives for such players to actively participate in the game.

In massively multiplayer online games led by Ember Sword and Mirandus, LAND can be a differentiating element for the game experience: there are random monsters, NPCs and natural resources in remote areas; bazaars and small guilds gather in the suburban areas; while the largest trading markets and guilds are concentrated in the city. There are even more detailed LAND categories like kingdoms, capitals, and castles, which makes difference in prices. For instance, one of Mirandus' five castles, Citadel of the Stars, was bought by Polyient Games for $16 billion.

In addition to various LAND types, the elaborate premise and background story also make the land assets meaningful. Players write lore and chronicle about games in the Discord channels, demonstrating how a virtual world further deepen a sense of belonging to the land.

In this kind of games, landowners can be quite flexible on asset disposal and participate in the game through land management; whether improve the infrastructure, tax on the service and toll, or establish guilds to expand the reputation, players will be more closely connected with their land resources.

Nevertheless, the activity of players in such games largely depends on the development of player community. Taking traditional MMORPGs such as World of Warcraft and Fantasy Westward Journey as examples, these games need a stable and large group of players to activate the secondary market, as well as a centralized approach to innovate game versions and retain players. MMORPG combining with GameFi is better than traditional games in terms of incentive mechanism and asset ownership, but considering the small base of crypto players and the long period of development, it’s better to wait and see how the community play a role after the game launch.

All games mentioned above have one thing in common that the landowner can sit back and wait for the land to appreciate; instead, the mechanism design in following games that fuels landowners to involve in the community construction through subdividing roles of players.

In Mines of Dalarnia, an action-adventure game, land (planet) holders stake $DAR to keep the planet’s resource from diminishing and increase its attractiveness to appeal other players to mine on their planet; in turn, miner players need to pay the mining rent fee and the entrance fee to the planet owner. The economic system is functioned effectively that miners are highly mobile to mine resources and scarce equipment on a variety of planets and landholders are engaged in stakting on their own initiative to compete with other landholders. 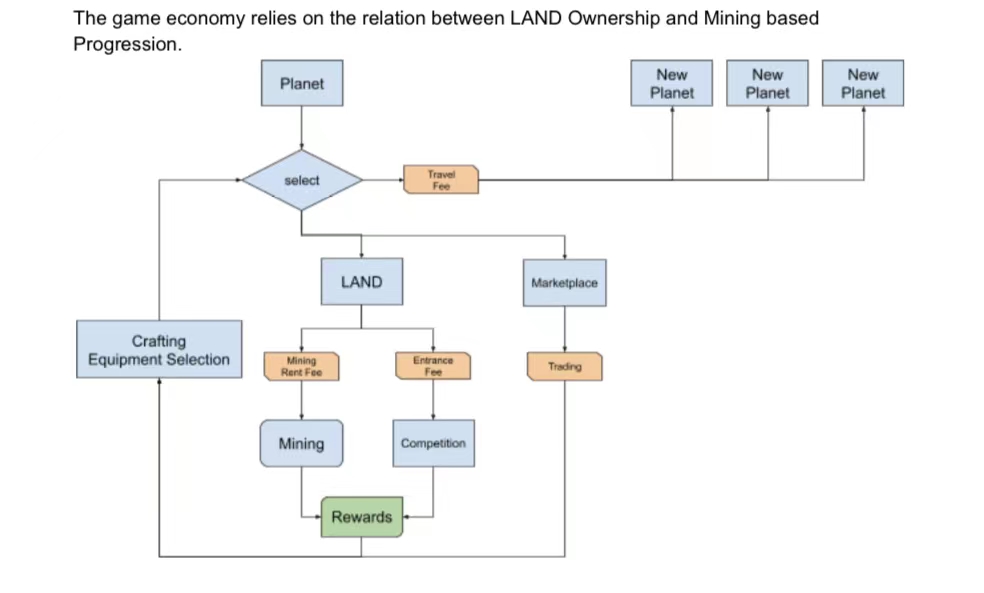 Mechanism Illustration of Mines of Dalarnia

A similar design can be found in Gold Fever, an action-RPG where some players can buy a land license to become mine owners but can't directly mine the resources unless recruiting other players as miners, and they cannot get the reward directly because there are players form corporates and rainforest tribes to rob the treasure. The game attempts to restore the Gold Rush era and divides players into seven roles, making the action gameplay more exciting and the corresponding reward is also more generous. 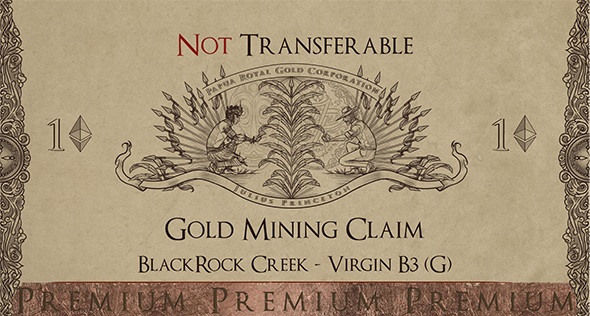 Another example is the Gotchiverse in Aavegotchi, an open-ended social space based on Gotchi NFT where players can engage in myriad minigames, the landowners or Gotchi players need to bolster their land parcels and build defensive structures to protect their resources from being collected by Lickquidators, the NFT which will be distributed via airdrops to free-entry players, and landowners also need to trod out to wipe them. Therefore, the game creates an asymmetry arena to enhance the cooperation between Gotchi players and landholders, and to attract new players through Lickquidator forming strong in-game competition.

The three games above make use of asymmetric competitive design, that is, the mechanism divides the functions of players and correspondingly limits some abilities. On the one hand, it forces players to cooperate and strengthen the community strength, activating secondary market transactions and promote resource circulation. On the other hand, it reinforces the confliction of players that promotes resource consumption with higher reward and enable players to achieve play-to-earn that truly relies on strategy and skill to gain, returning to the competitive feature of game rather than using hype and gambling psychology to profit.

In addition to increasing staking reward from the LAND, the reward token can also be burnt and achieve deflation.

In an open world game, Vulcan Forged, each time a landowner upgrades the LAND, the revenue of staking will be burnt, and once more than half of landowners upgrade their lands above level 7, 8 million coins will disappear out of a current supply. It is predicted that landowners are willing to stake for a long period due to the considerable token appreciation and actively recruit players to produce resources from the land in order to destroy coins rapidly, making them scarcer and raising the market price.

On the face of it, this mechanism incentivizes landowners to further expand their participation, binding themselves firmly to the land assets and getting more players involved; but in the long run, if the team doesn’t develop attractive features or restrict withdrawals, the hilarity will collapse in a flash since no one is willing to be a newcomer. 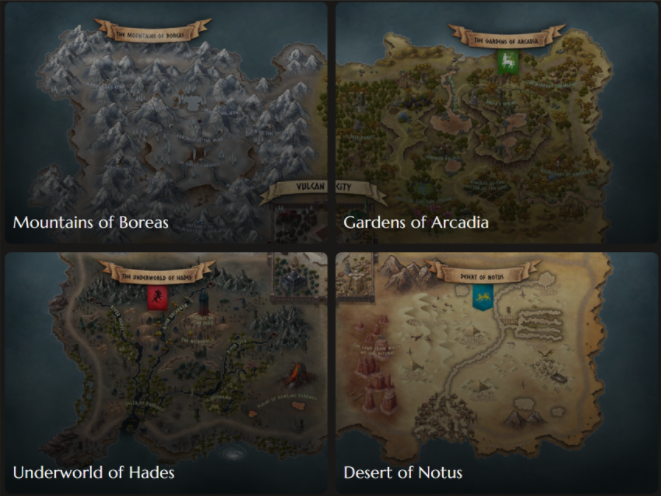 The application of LAND is not limited in games like Bloktopia that aims to create a virtual social space, serving only as a game hall in the building for entertainment, while the rest of the space is more integrated with the social scene in the real world. The virtual building now houses content creators including Polygon and Avalanche, and on November 2nd KuCoin announced plans to create an office in Bloktopia that will allow chat and work in a virtual environment.

In a nutshell, the utility of LAND NFT in GameFi attains more interaction with players and active the community. The developers refined the functions of players to strengthen the economic circulation and consumption. Besides, there are also projects designed in depth at the level of financial properties of game assets to cater to the needs of most players in the market with diversified and entertaining means of making wealth.

This article mainly discusses the utility of LAND NFT in various GameFi projects, but GameFi is still in its infancy and more utilities will be gradually derived from playability and profitability, and both of which have plenty of scope.

While the designing intricacy may disappoint some speculators, video games have evolved to a variety of kinds that can satisfy multiple players. It can be anticipated that game will ultimately balance the entertainment and profit and breathe new life into the web3.0.