Stablecoin as a Weapon 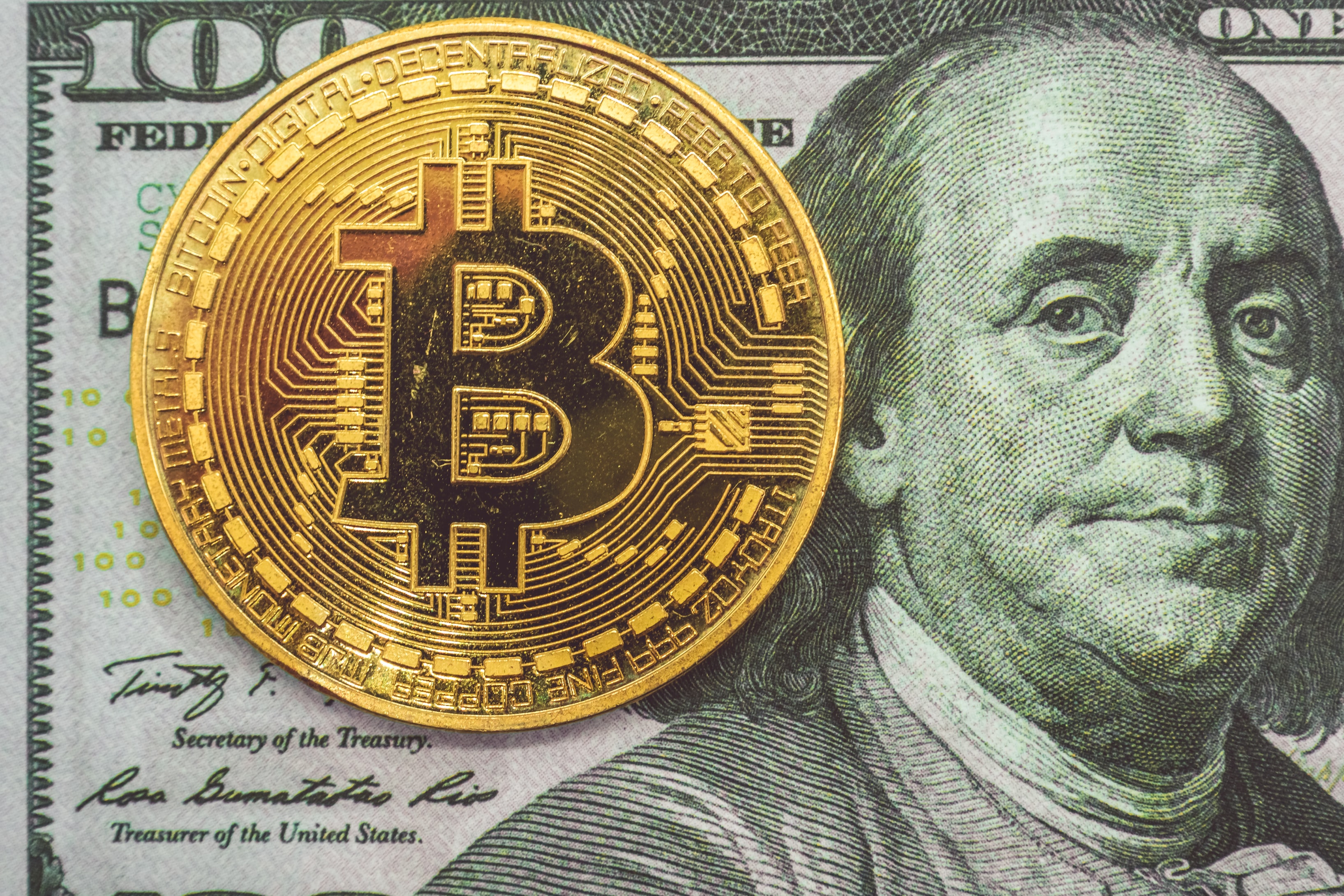 1.   Currency Originated from the Division of Labour in Market

It was discovered long ago that trade brings happiness (The Wealth of Nations, Adam Smith). Therefore, there are people who specialize in trade, known as merchants. More trade required a more complex division of labour, and the expansion of that division led to the use of money.

In the early days, depending on the time period, people would choose an appropriate commodity as their currency, because without it, the cost of calculation and the cost of trust in trade would be high.

Figure 1. With money, there is only one type of pricing between commodities to be traded

In pre-modern societies, besides happiness, there were also endless natural disasters, poisonous snakes and beasts, and even wars among humans. As a result, families, governments, armies, religions and other closed organizations have been organised based on disciplines, and division of labour has also emerged in these activities.

This division of labour is very different from that based on free market trade. The latter division of labour competes on the quality and cost-effectiveness of commodities, and the ultimate goal is currency-denominated profits. On the other hand, in discipline organisations, the allocation of resources relies on violence and regulations. The more violent, regulations, and believers an organisation has, the more they are allocated resources.

Before the Industrial Revolution and global trade, the discipline organisation’s division of labour dominated human society. They also trade and participate in the market, but their goal is not to expand the market nor the division of labour, but to gain power and bribe subordinates. Hence, they naturally prefer something scarce, in short supply, and easy to control as their currency such as gold.

Merchants and the free market were oppressed for thousands of years and were forced to use these scarce commodities as currency. Suppose there are 10 trade and division of labour activities in the market, each of which generates income of $10, $9, $8... $1. The marginal cost paid by consumers is the cost of using the currency. When the currency is scarce, the cost is very high. If the cost is $7, then a revenue activity that generates (i) $10 will receive $3 profit; (ii) $9 will receive $2 profit; (iii) $7 will not have profits; and (iv) less than $7 will not be able to enter the market’s division of labour, and would either have to be destroyed, or rely on discipline organisations, which can keep costs down with tyranny, obedience, faith, taboo, etc. 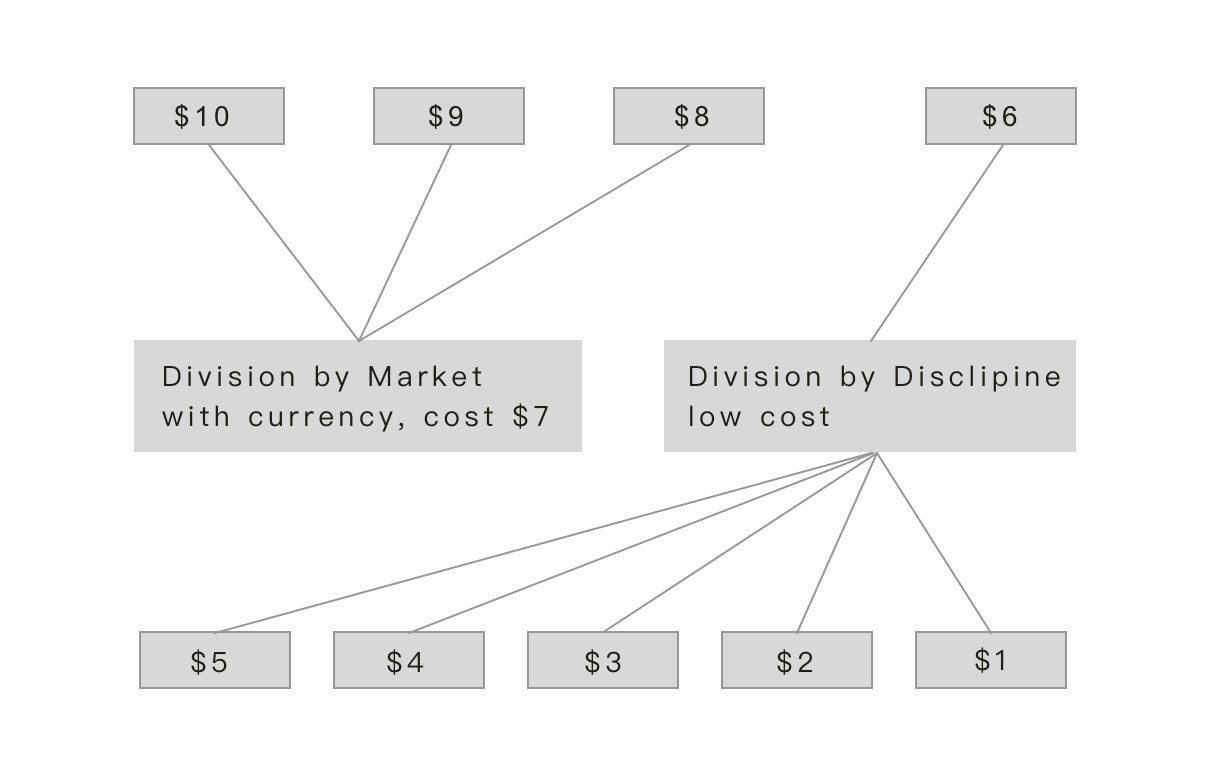 Figure 2. Only a part of transactions can be marketised due to currency shortage 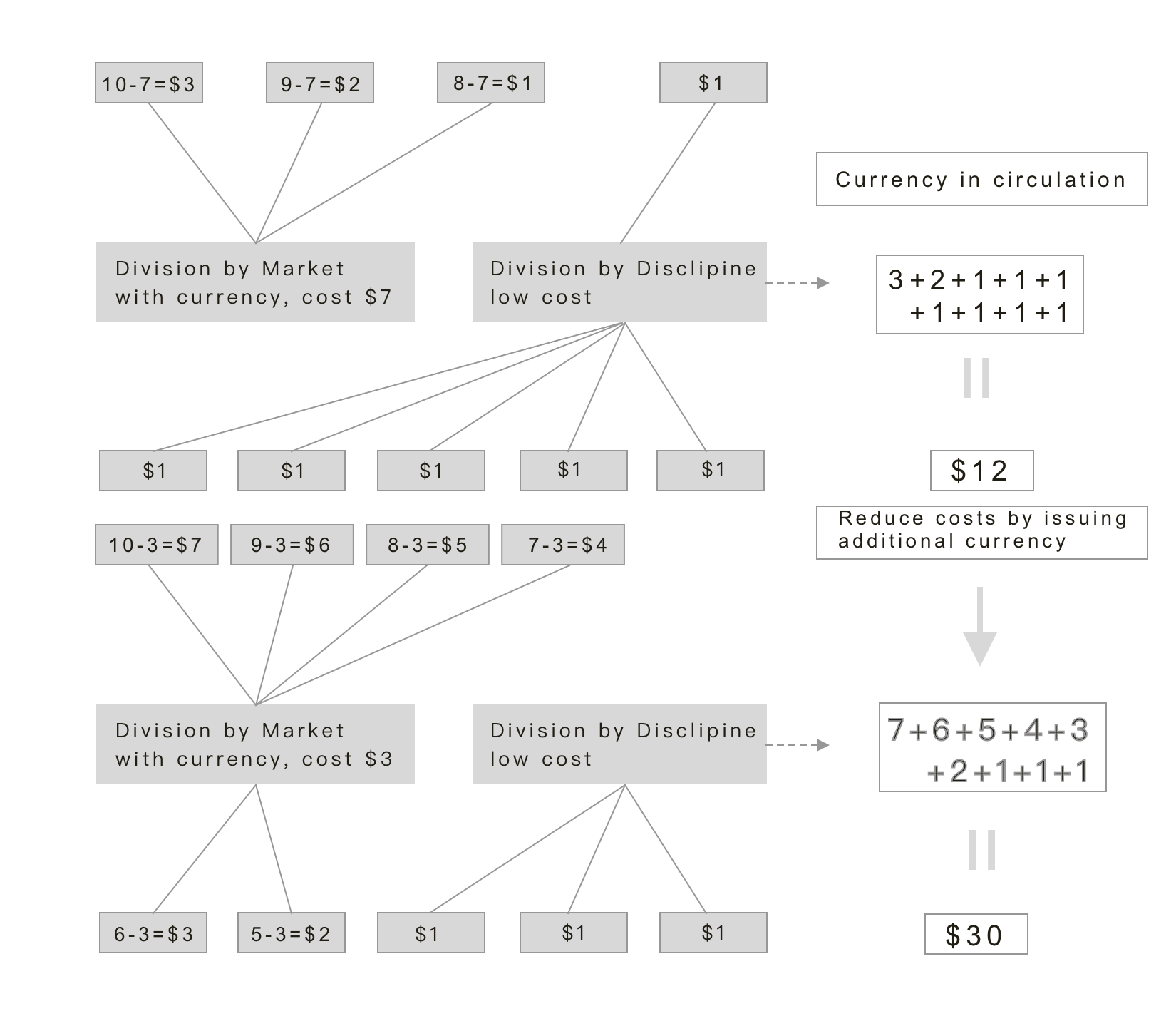 Figure 3. The increase in currency brings about the expansion of the market’s division of labour

It should be added that the increase in currency here comes from the existence of the demand for division of labour, rather than the increase of currency by the rentier class from plundering the wealth of the masses.

In short, currency based on slavery and reward simply cannot compete with the currency issued based on the division of labour in trade, leading to a shift in the definition and issuance rights of currency in history.

When the amount of money is constant, that is x + y = 1 , there is a "trade-off" relationship between transaction size and transaction type, which means that economies with larger transaction size (breadth) will have a lower level (depth) of the division of labour. This also explains why, in times of monetary scarcity, small countries in the Age of the Great Voyages, such as Portugal, Spain, the Netherlands, and even Venice during its early days — often acquired state power that does not match their size; while it was difficult for large countries, such as the Ottoman empire and the Qing Empire 200 years ago, known as the sick man of West Asia and East Asia respectively — to become high-income economies.

When the amount of money can be expanded, that is, x + y > 1, the market size M, market breadth Q and market depth V will be amplified. Therefore, in the era of credit currency, the influence of small countries with a population of one million gradually declines, while that of large countries with a population of one hundred million gradually increases.

Businessmen and the bourgeoisie did not immediately recognize this problem when they obtained the right to issue currency. Although the issuance of paper money started but it was still dominated by the gold standard, which was essentially commodity currency, and there was still a shortage of currency. While market expansion was no longer subjected to the interference of discipline organisations, the merchant’s own savings coupled with their need to transfer wealth across generations hindered the market’s expansion. As merchants made more money, they hoarded more and more money, resulting in a circulation shortage. The direct result of the reduction of money is the "involution" of market competition: the division of labour’s level does not increase but declines, and the groups that fail to compete falls back into the discipline organisation, which eventually brings about economic collapse. 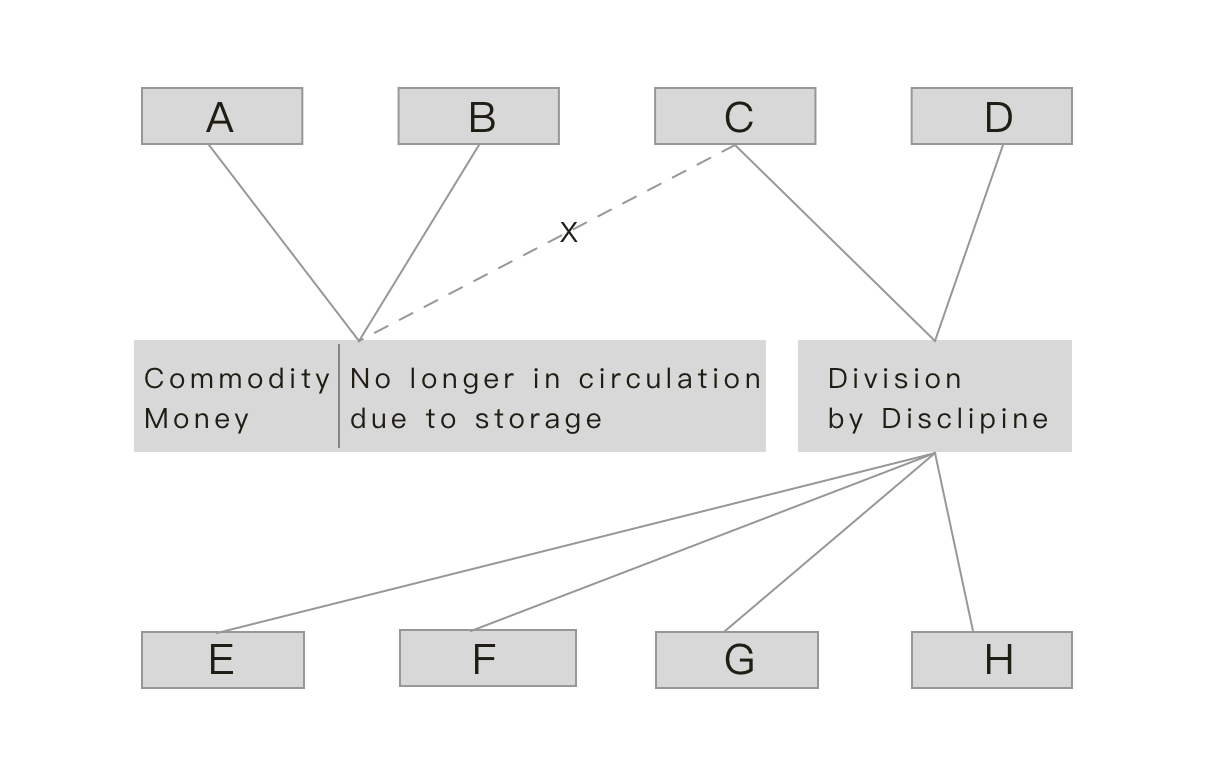 Figure 4. As savings lead to a decrease in money circulation, some businesses fall back to the discipline division of labour 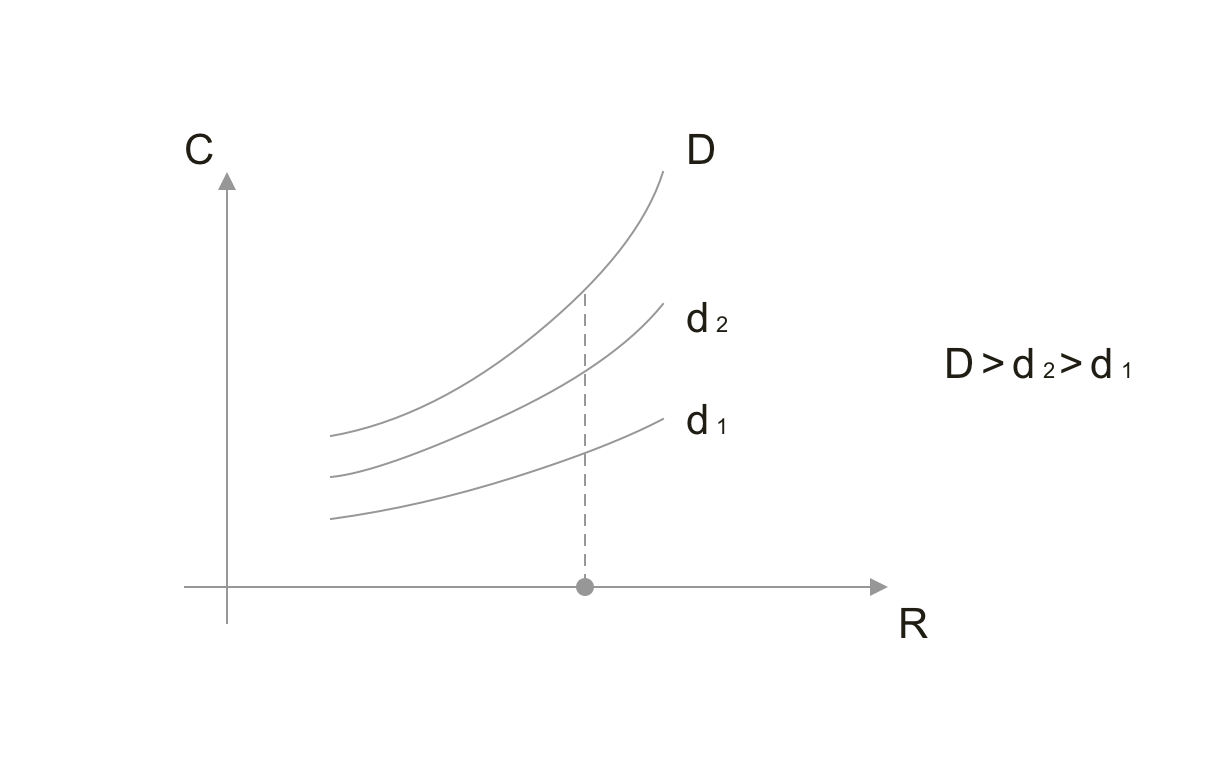 On the other hand, from a risk point of view, when d is close to D,  is close to zero, this means that the risk D/∆D tends to be infinite. If minimal risk is pursued, the optimal real discount rate ( d ) should be close to zero, i.e., return to commodity money, or eliminate the market.

Hence, there is no "optimal discount rate" that satisfies both maximum quantity and maximum risk concurrently, this implies a trade-off between efficiency and risk. Thus, competition among credit currencies actually depends on the critical discount rate ( D ), and a higher D means that a higher real discount rate ( d ) can be obtained without sacrificing ∆d. 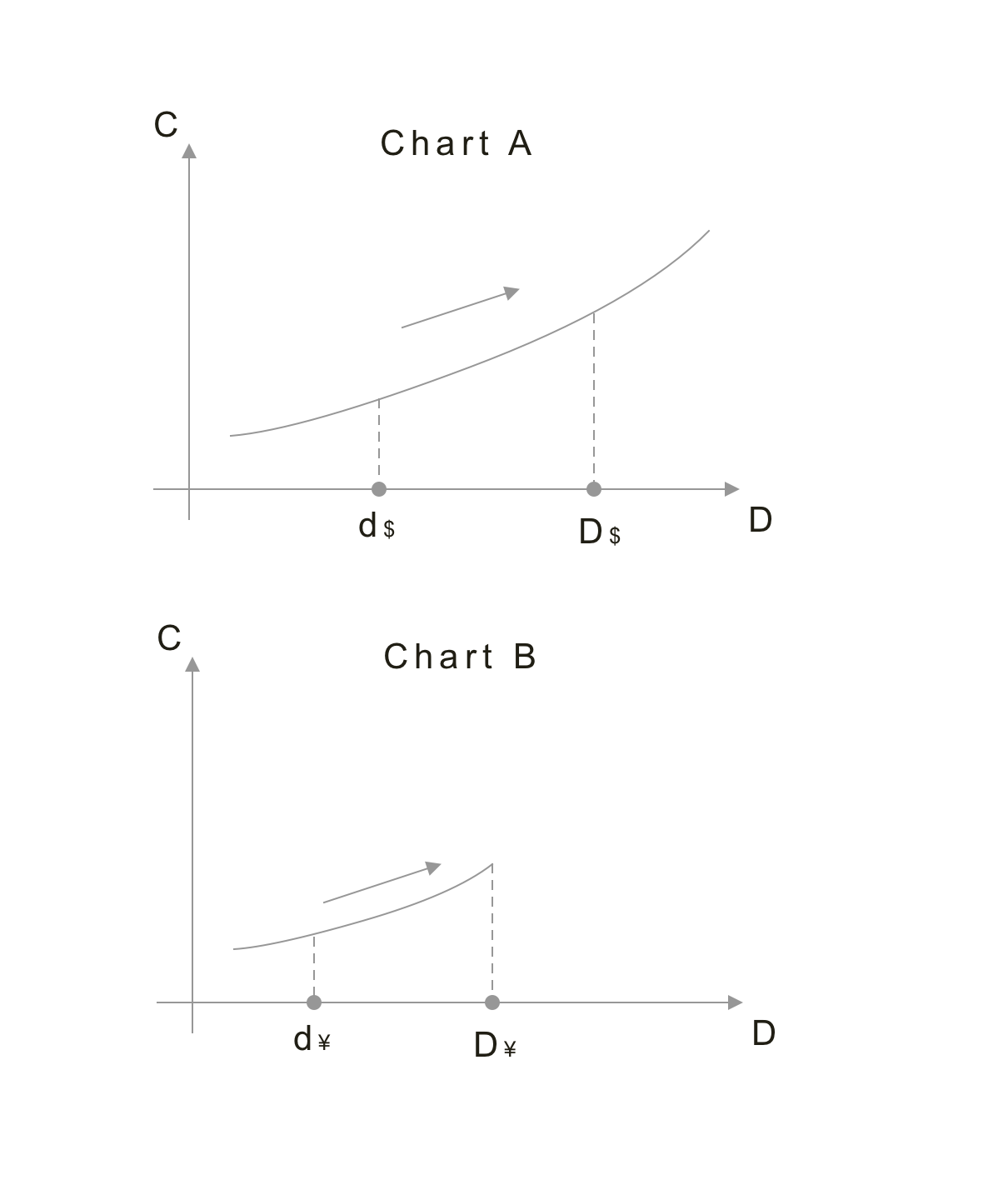 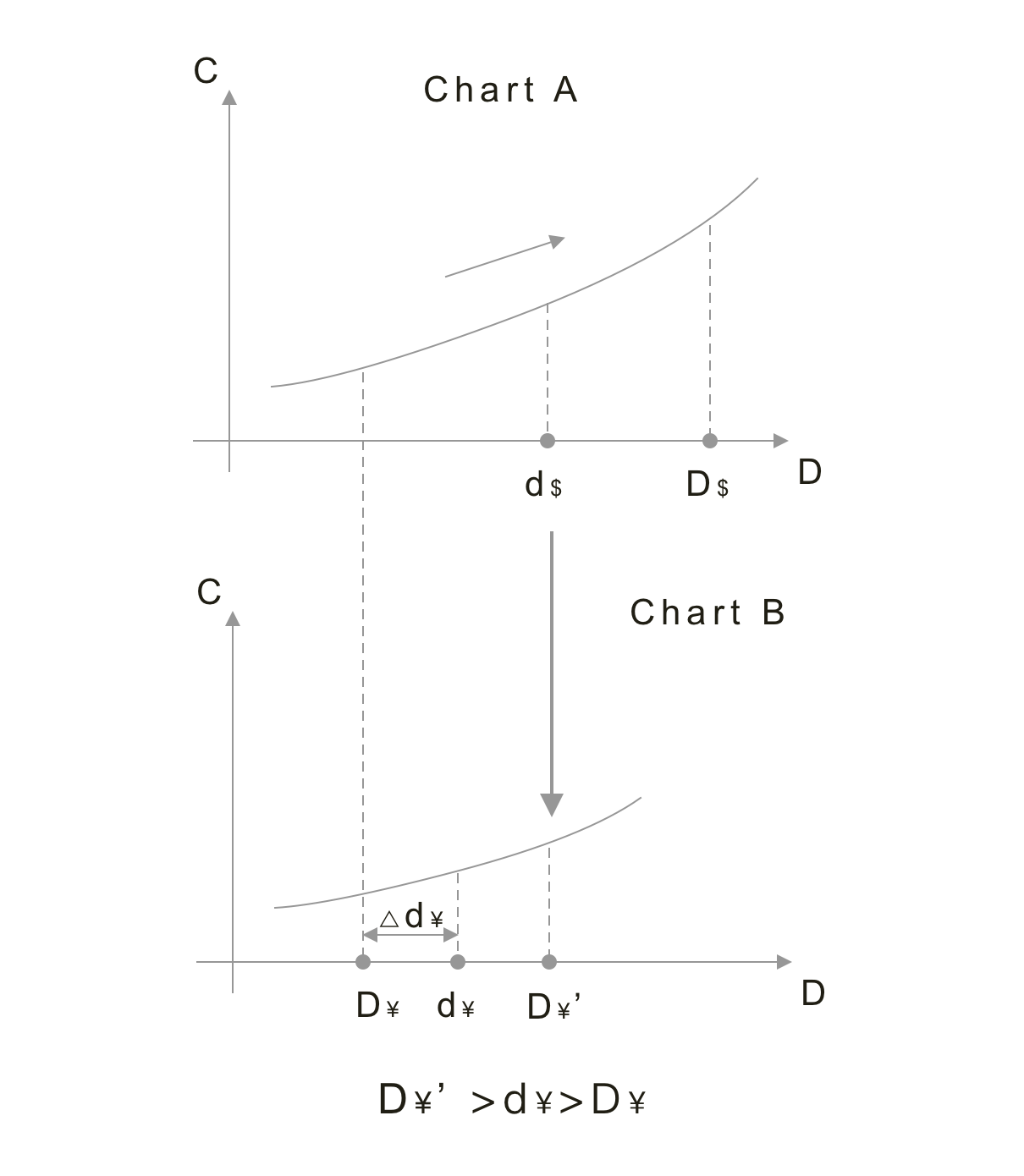 Once d$ exceeds 50, ¥ will approach D¥  if it continues to follow through, resulting in ∆d¥ being close to zero and increasing the risk. In this case, the optimal choice of currency ¥ is too peg with currency $. The real discount rate d$ of the currency $ becomes the critical discount rate D¥' of currency ¥. 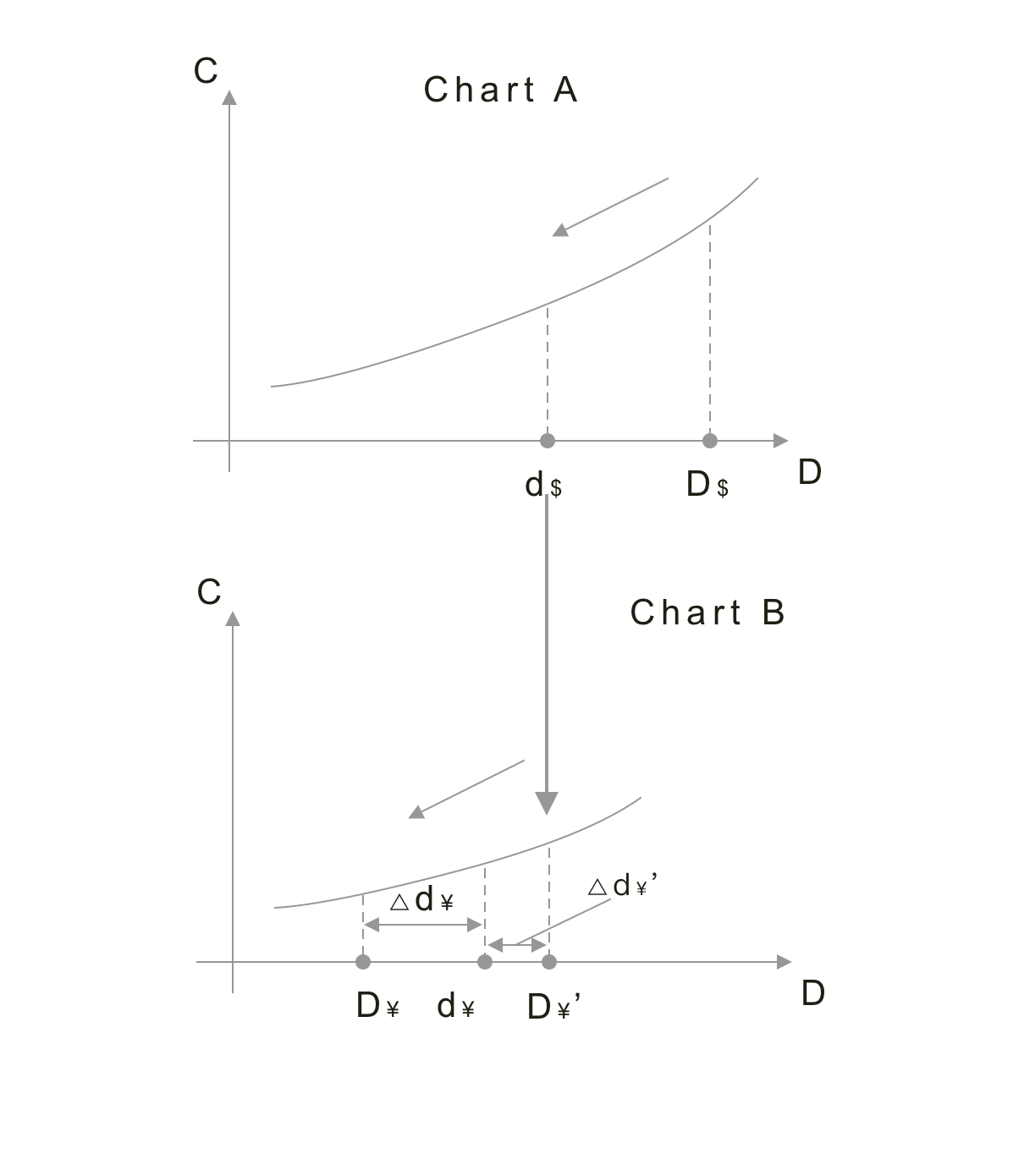 Figure 8. The contraction of currency $ results in either d¥ or ∆d¥' being close to zero no matter how much d¥ is adjusted

In short, the competition between credit currencies is about who can reasonably create a bigger bubble. Since the difference between the critical discount rate D is the competitive advantage, to the national entity issuing fiat currency — D depends on the national credit.

4.   From Entrepreneurship to Operations

All business models can be decomposed into two stages of capital growth and cash flow growth, i.e., entrepreneurship and operations; the crypto and Web3.0 industries are no exception. Expressed as a formula:

C represents capital, which is the discount of "future earnings", expressed as the valuation of assets;

R represents real income, such as platform pumping and consumption of on-chain gas;

V represents variable costs, such as the company's salary to employees, dao's incentive to community members, and rent for office space.

Most of the Web 3.0 applications in the industry and many ecosystem projects of new public chains are still in the entrepreneurial stage. In the future, they may face pressure not from a bear market, but through direction competition with strong Web 2.0 companies. They need to issue their own stablecoins — on one hand, they can obtain higher valuations C, because the discount rate of the stablecoins is higher; on the other hand, using a stablecoin would help them to enter the market quickly, automatically acquiring users outside the industry. This would allow them to accumulate potential R for future refinancing or entrance of the operational phase, instead of waiting for the "encryption industry to become popular, with many people using the application", which would be too late.

Large-scale public chains, DeFi protocols, and centralised exchange has entered the operational stage. In the future, as long as they issue their own stablecoins and use them as settlement and expenses; they can easily create positive cash flow for themselves, strengthen their advantages, develop new markets as planned and not worry about market volatility. From another perspective, Amazon and Tesla have already developed scalability advantages, although they did not issue stablecoins — they have been able to generate fiat cash flow through their own operations, hence they are not negatively affected by the impact of stock price declines for reasons other than its own.

For mature projects, issuing stablecoins is not a binary choice, but a sequential issue since projects that issues stablecoins will form an advantage over the project that does not issue stablecoins during the operation stage. The former S' will continue to be greater than zero, while the latter S' will lose competitive advantage and be less than zero, and finally be abandoned by users and capital.

In 2015, Bitfinex launched USDT altcoins coins trading pairs replacing BTC altcoin trading pairs, marking the departure of the industry from the stage of the first chapter. Currently, Binance has launched BUSD, Terra has launched UST, as well as algorithmic stabilizers such as Magic Internet Money (MIM) and Olympus (OHM), which marks the beginning of chapter 2. It is foreseeable that in the future, the industry will enter chapter 3 of the text, regardless of the regulatory tightening. At that point, all projects will be asked "why not issue stablecoins?".